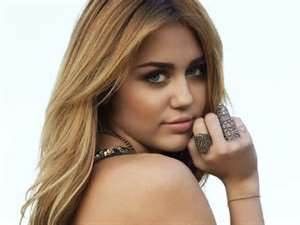 Miley Cyrus is an American pop superstar. For her song Can`t Be Tamed, her video advisers give her the character of a `shill`, to announce her:

`Ladies and gentlemen. Welcome to the museum. Tonight we are proud to reveal our greatest exhibit yet. A creature so rare it was believed to be extinct. Well tonight we shall see. In captivity for the first time, the rarest creature on Earth. Ladies and gentlemen! Avis Cyrus!` He`s a stereotypical British Oxbridge Communist traitor from the Soviet era who calmly explains that she`s a captured `museum piece`, and that he`s working for the KGB, because Miley Cyrus is `bird flu` and she`ll be exterminated in her cage, whatever she may be able to achieve in terms of her continuing development as an `old bird`.

`Forgive them Lord for they know not what they do.`

To lose is to be Jesus, because Satan is whoever wins. Women don`t want to be married at all. In Shakespeare, to `marry` means to know, and men don`t want to know them either. All of Shakespeare`s plays were originally performed by men with the exclusion of women from the stage, which gives an additional insight into Shakespeare`s genius as a playwright, and explains why he`s so interested in gender issues. Some critics believe that the `dark lady` of Shakespeare`s sonnets is a man, which only reflects upon how deep the problem is. In Shakespeare`s day all parts were played by men, so the logical assumption would be that all parts could have been played by women, which is even more understandable if we know that Woman is a species because she has a penis of her own. In that scenario men are an alien parasitical virus that uses her as a `host womb` and Shakespeare`s Elizabethan stage is where they symbolically stop her from developing her role.

In Shakespeare In Love, Gwyneth Paltrow is the love interest which, according to 17th century England, is a man`s part. The history of art, civilization and culture may be construed as `scene stealing` in which Woman, the producer of the product, that is, the visible signs of anything, has her scenes with herself stolen. Woman is at war for the Earth`s development, and has been for eons. In terms of war and plague, which are the harbingers of destruction (war causes famine), Woman`s developed Earth is consistently KO`d, like Robin Givens by Mike Tyson.

In Much Ado About Nothing, Hero is the woman who is called faithless, because a man pretends to be her in the arms of someone else before her wedding. In Shakespeare`s 17th century England even Hero would`ve been a man on stage, so it`s about the impossibility of a woman being faithful because she`s a species with her own penis, which is why men excluded her in Shakespeare`s time. Woman`s a hero because she isn`t in the competition, like Jesus, who was crucified because he`d centre stage for Woman.

Miley Cyrus, in Can`t Be Tamed, is an American superstar that, consciously or unknowingly, embraces the death of her species. She plays the reincarnated role, which is that of death and rebirth, and so the bird in the cage is worth two, if an earlier incarnation of herself, accepting the teachings of Jesus, had Redemption and Resurrection. To those who want enslavement and devourment for Woman as alien parasitical viruses that are men who use her as a host womb in order to destroy her and her product, that is, civilizationsn, Can`t Be Tamed is an invitation to snuff her heaven, which is a betrayal of her and her species. Inadvertently, or otherwise, Miley`s work in Can`t Be Tamed is for the British KGB.

Because men are an alien parasitical organism that seeks to propogate itself by means of the host womb that is Woman, Miley Cyrus is portrayed here as `bird flu`, that is, she flies from the cage in order to develop, but she`ll be devoured by men because they`re viral, whereas she`s a species. That`s what men are for. Her cage in Can`t Be Tamed, is a symbol of a bird `flown` - from the KGB.

In Revelation, the red dragon waits to devour the child of the woman that`ll hide her upon the Earth `til she`s ready to leave and propogate her species amongst the stars in heaven. Men are the red dragon. In old Soviet Communist terms, they`re for devouring the stars of the United States of America, and Miley as a woman is a star in heaven, if she has Redemption and Resurrection, but is her own enemy if she accepts snuffing herself out - as the video maker of Can`t Be Tamed is presupposing.

Alexander Solzhenitsyn was the Russian writer that wrote of his experiences in The Gulag Archepelago, which was his euphemism for the `Chief Administration of Corrective Labour Camps`: `The word archipelago compares the system of labor camps spread across the Soviet Union with a vast "chain of islands", known only to those who were fated to visit them.`1 But also to those who knew they were there, and what they were for. From this perspective, Hollywood is an archipelago to those who know what they`re for. The stars aren`t worked to death, because they know that they`re born to parents. Consequently, they`ve always been born. However, if they`ve been born, then the likelihood is that they`ve been born before, on the karmic wheel of reincarnation, so each of them has a man, who is a father, and that`s where Jesus wins and Woman can`t lose. If she wins with Jesus, she doesn`t have a father on Earth. Because fathers keep them on the karmic wheel of death and rebirth. In order to win, she has to accept God rather than a man, and understand that a woman with a penis is a species and men aren`t, and so she`ll never have a man in God.

If Woman has Resurrection and Redemption, it`s because she doesn`t have a man as a parent. Men`re equivalent to what Communism was described as in the 50s, a hive mentality of bees. Woman`s illusion is that men`re individuals, whereas she is. If men breed her, then all of her are individualities, but she`s not Woman as a species because she`s in parasitism. Woman that has Resurrection and Redemption would be her own species, without men. Men are her virus, so she`s for death; unless Woman can be a true parent and help her to escape from men, who breed her for slave labour and endlessly painful reincarnations.

If Woman can be bred, then that`s what men want her for. Miley Cyrus` video is the observation that, if Miley, were to be bred as a species without a parent, that is, Woman, then that`s what she`d be for. Men enslave and devour `God`s producer and product`, that is, Woman, through their `play games` system of: `Can she escape us?` This is depicted in Revelation as the woman who, `hidden` and protected by the New Redeemer, survives their plague and leaves for the stars in heaven where, sowing her seed, she prepares to fight and win against men, which are called Satan there. But it`s perspectival. Effectively, Woman is Satan to men, because she`s Jesus` teachings.

Satan, Jesus` brother, was never expected to leave Earth. That`s why Jesus is Satan from men`s perspective, because they tortured him to death and Woman is not their species; they only keep her for breeding purposes: perhaps for table meat or snuff movies. Hidden, in Revelation, she does leave Earth; to sow her `seed`.

If Woman was `in` with men, she`d live as their `server`, but Woman`d be a `failed` species. The many eyes of the peacock`s tail that Miley wears in Can`t Be Tamed are the eyes of Woman. It`s supposed to be `unlucky` to wear peacock`s feathers, but that`s the tale. The eyes of the peacock`s fan are the lying eyes of the men that are for farming Woman for snuff. Or they`re the eyes of Woman as a species that would protect her from men`s eyes, so that she`d be a `hidden` Woman of Revelation, protected by the New Redeemer until, leaving Earth, she`d have Resurrection and could sow her `seed` forever amongst the stars there, rather than allow herself to be bred, and accept being `in` as a coward.

The mistake Woman makes is to feel superior to each other, because men say men are superior when they`re with women, and so men`re `shills` organizing a `competition` for superior women to be with inferior viruses, rather than with other superior women. It`s the illusion of competition that is men`s perpetuated evil. Jesus wins because he loses, and because Woman is a species she can`t be in competition with men - who are a virus - for anything other than to escape from being warred against. For Woman it isn`t a competition, where that`s understood as `sport` or `game`, because those who are `plague aims` want her death, and rebirth in endless reincarnations of slavery and pain.

There is a challenge for Woman with herself as a social being; `role play games` that reduce the `plague aims`, that is, men as a virus, while she`s here on Earth. On one level, Miley Cyrus` Can`t Be Tamed is a `role play game` in which she functions as Woman`s `double agent`. Effectively, she`s communicating what men are for. The danger for a pop star is `crossover`, that is, betraying Woman`s species` position, which Lady Gaga`s Judas acknowledges.

Men aren`t social beings, because they`re not, contrary to mainstream thinking, individual egos. They`re a parasitical group mind seeking to enslave and devour a host – Woman - and art, civilization and culture is what they consume. That`s why cancer was called `consumption` in the nineteenth century because, from men as a virus` point of view, that`s what Woman is for.

Miley would have to seek the preservation and protection of Woman as a species, rather than have herself bred for extinction, if she were to be considered a heroine of the real United States of America. Can`t Be Tamed says she`s resistant, but in the last frames of the video she returns to her cage in defiant resignation.

Recently, in the United Kingdom, a Florida based company was lauded for using each body in a crematorium to power the equivalent of 1,500 televisions for one hour each day.2 Presumably, in response to the `cage` GB`s perception that Miley Cyrus should be extinct. Why bother with Redemption and Resurrection when you can power up a few thousand televisions by emulating Auschwitz and Belsen? The holocaust of living, as it were - hell as we know it.

Woman`s perspective is false insofar as a young girl, reborn on the karmic wheel of death and rebirth, may be forced to accept bad advice. Miley believes that men are her species, whereas they`re a virus and, in Can`t Be Tamed, they`ve turned the tables by presenting her as `bird flu`, that is, a virus, whereas they`re the equivalent of AIDS monkeys. It`s all about perspective. Woman can only escape from men`s perspective upon her as the host of their parasitism, by adopting the perspective that men are her enemies, and fighting them – as enemies. That`s why there`s war in heaven with her `seed` after she leaves, according to Revelation, because the stars here are being `trained` to sniff out signs of themselves there, which is species` treachery – by proxy - and can only be avoided if war is declared here:

Scarlett O` Hara in Gone With The Wind, or was it Vivienne Leigh`s secession from slavery?