Homepage > Graeco-Roman Britannia and the Western Empire of the United States of America versus the plaintiff, Jesus

Graeco-Roman Britannia and the Western Empire of the United States of America versus the plaintiff, Jesus 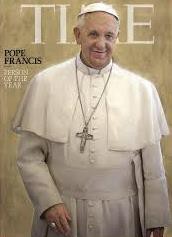 Graeco-Roman Britannia and the Western Empire of the United States of America versus the plaintiff, Jesus

The Roman Empire was but loosely connected to the British and succeeded the Greek. Although Greece isn`t usually thought of as having an Empire, the appearance of dictators within Greek democracy during the period of Greece`s domination by the city state of Athens as it incorporated other nation states into its Empire (454-404 B.C.), meant that Greece qualified as an Empire by virtue of its acceptance of the figure of the dictator as effective Emperor. The Empire of Alexander the Macedonian (336-323 B.C.), who conquered the then known world, placed Greece as the predecessor of Rome in terms of Empire. Because the Greek Empire was built on institutionalized homosexuality in pederasty and war women were enslaved host wombs. The story of the Trojan war, in which the Greeks at the behest of Agamemnon, king of Sparta, sent a fleet of ships to Troy, is contained in the Greek poet Homer`s Iliad (760-10 B.C.) , which narrates how the brother of the king, Menelaus, had his wife, Helen, abducted by the Trojan Prince Paris, and the Greeks outside the walls of the city constructed a huge hollow wooden horse inside which they hid and then captured Troy when the unwitting Trojans took the horse inside the walls and the Greeks enslaved the host wombs of the women in homosexuality and pederasty`s contagion of war to spread their Empire of death further.

An Empire of death isn`t a misnomer, because `Trojan` is a brand name in the United States of America for condoms, while `Trojan` is the name given by the `geek` successors to the Greeks to the virus they infect computers with in order to prevent humans from accessing stored memory. Because humans are ephemeral, their memory is short-term and so computer memory is essential. The Greek Empire was based on homosexuality in pederasty and the spread of warfare as its contagion. `Greek` is a euphemism for homosexuality, which means that the spreading of HIV/AIDS by men`s mixing of blood, shit and semen in each others` anuses during mockingly sterile acts of non-human intercourse is the new Greek Empire of death in `biological warfare` against the human species, and the `geek` virus infecting computer memories is a symptom of `Greek` men`s unwillingness to have the human race remember. The Roman Empire (27 B. C. - 1453 A. D.) was most noticeable for the figure of Jesus in Jewish Palestine, which was occupied by the legions of Rome as a slave state. Jesus` teaching was his birth, which was from the Virgin Mary, his mother, and so he was `woman`s seed` uncontaminated by male semen, that is, homosexuality in pederasty and war`s contagion. When he was accused of dissidency against Rome by his disciple, Judas Iscariot, Jesus was nailed to a cross of wood upon the hill of Calvary outside Jerusalem and tortured to death by the Romans. His subsequent Resurrection and Ascension to heaven prefigured the Resurrection and Ascension of `woman`s seed`, that is, `futanarian` women with their own penis` semen and host wombs for the sexual reproduction of their own brains` powers for liberation from slavery, which the Romans, like the Greeks before them, didn`t want. 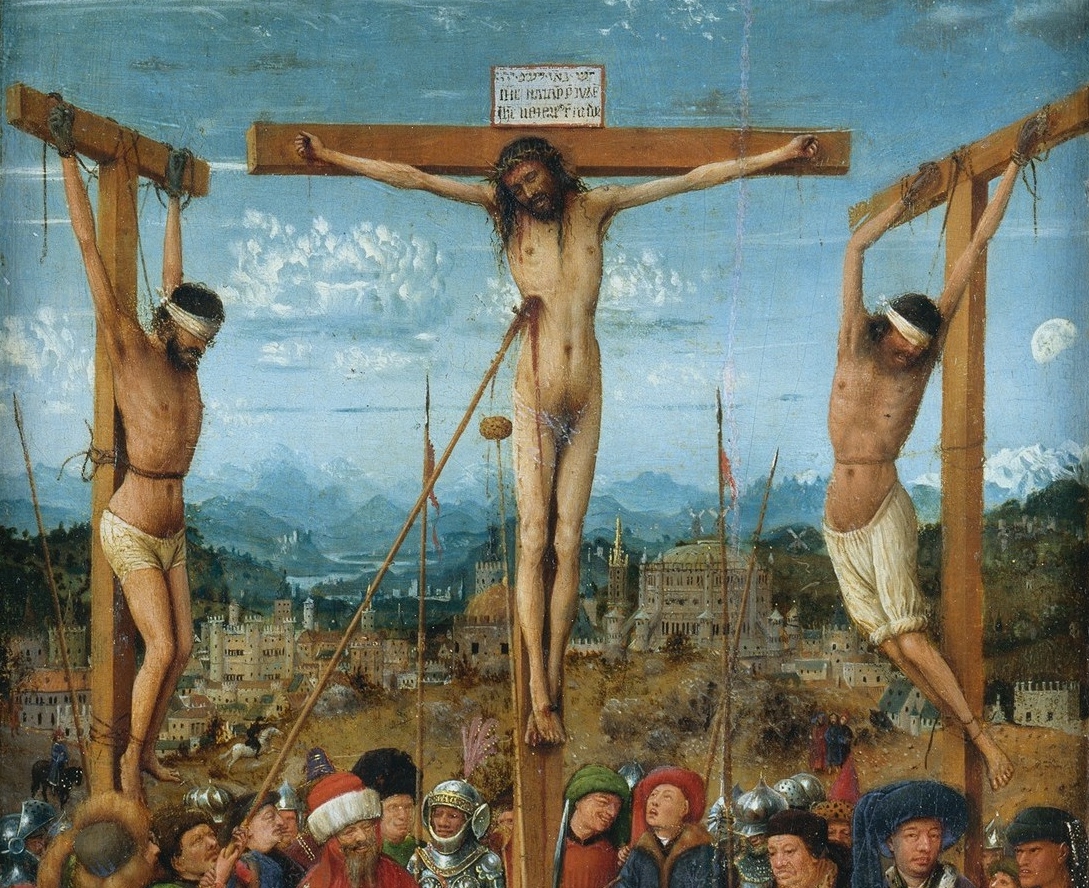 The Empire of Rome gave way to the spread of Christianity, through the Catholic church, and its spiritual figurehead, the Pope, who was Jesus` disciple, Peter, after his death, while succeeding Popes established the permanent importance of the role. Because  women`s `futanarian` human `seed` was suppressed, Jesus` teaching wasn`t ever really understandable to that portion of the population it was directed at, that is, women who wanted to be with each other but had been taught the schizophrenia of lesbian taboo, `Love your neighbor as you love yourself.` (Matt: 22. 39) Consequently, the British Empire (1497-), which ostensibly espoused Christianity, was a modified version of the Graeco-Roman. According to the Roman poet, Virgil, in his Aeneid (19 B. C.), the remnants of the Trojans, after the fall of Troy to the Greeks, fled with Prince Aeneas to Britain, so forming the classical basis for the British Empire`s legitimacy:

`They don't like it up them, the fuzzy wuzzies.`1 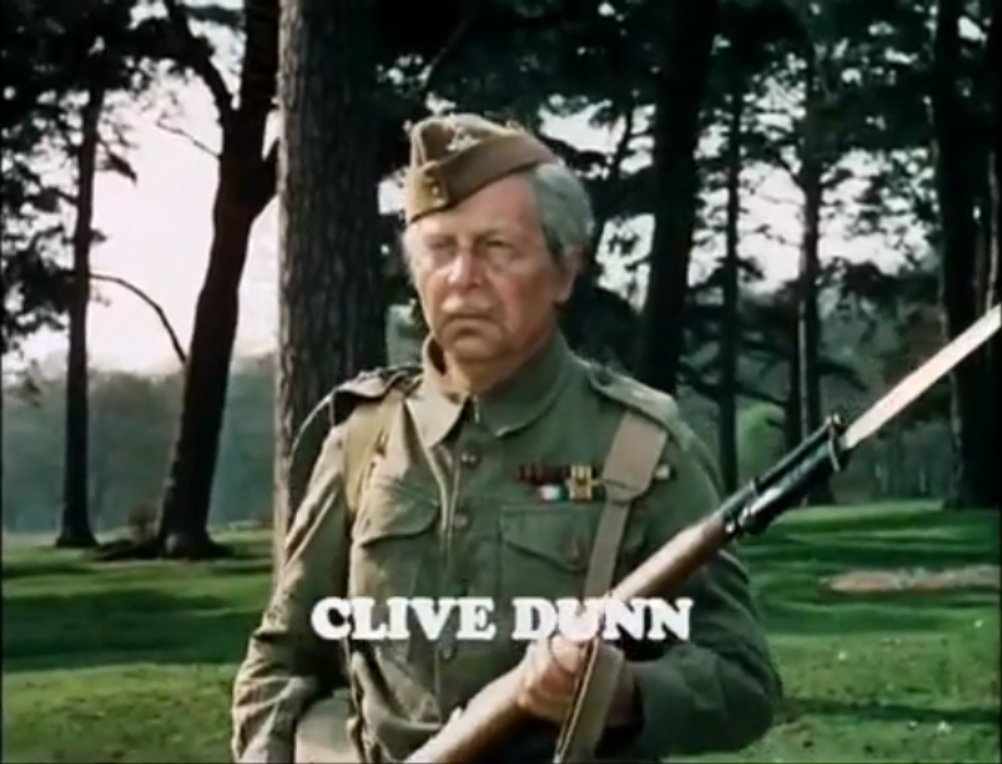 Although actor Clive Dunn`s caricature, Corporal Jones, in the British Broadcasting Corporation`s television situation comedy, Dad`s Army (1968-77), which depicts retired veterans of the British Empire`s wars against native populations as volunteer Home Guard during the Second World War (1939-45), is talking about his bayonet, the double entendre allied to Jones the butcher`s suggestive gesture more ably explains the system of Empire through enslavement of the womb in pederasty for war than any history book. After Jesus` death the Roman centurion, Longinus, speared the side of the Christian Messiah declaiming sonorously, `Surely this was the son of God.` (Matt: 27. 54) That `fuzzy wuzzy` didn`t like it up him either. Jesus was the `Second Adam`, according to Christian iconography, where Eve was the woman born from Adam`s side, according to the Bible, and so Jesus` Holy Spirit, which he said would teach after him, would be the `Second Eve` Longinus was attempting to discover when he pierced Jesus` side with his spear:

`You shall crush the head of the serpent with your foot, although he shall bruise your heel.` (Gen: 3. 15) 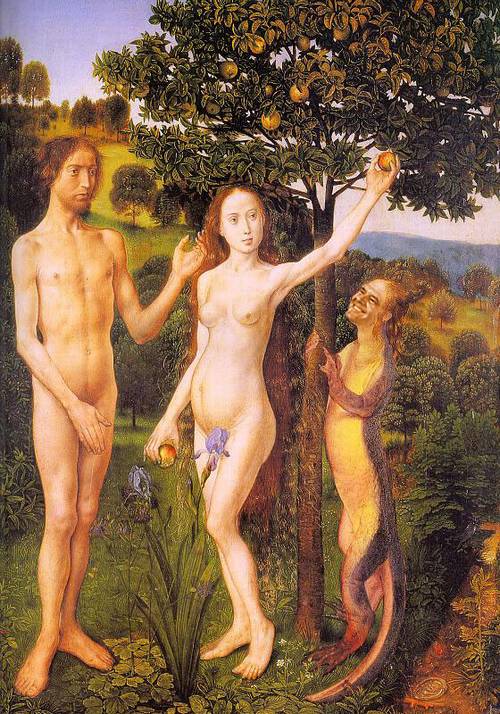 Eve is told her `seed` will defeat the enemy, and the Virgin Mary, Jesus` mother, is depicted in Catholic iconography as crushing the serpent`s head with her `foot`. The serpent tempted Eve and Adam in the paradise of Eden, according to the Bible, to `eat of the fruit of the tree of the knowledge of good and evil`, that is, death, rather than the `fruit of the tree of life`, which is immortality, because Eve`s `foot` is her `futanarian` women, who`ll have Resurrection and Ascension to heaven without men`s enslaving of the `fuzzy wuzzy` women, so that the men can practice homosexuality in pederasty for war, whether the men and/or the women `like it up `em` or not, as the money the women recoup to spend on medical science will give them time to live with the labor saving devices their rejuvenated and renewable brainpower can produce for women`s more human species. 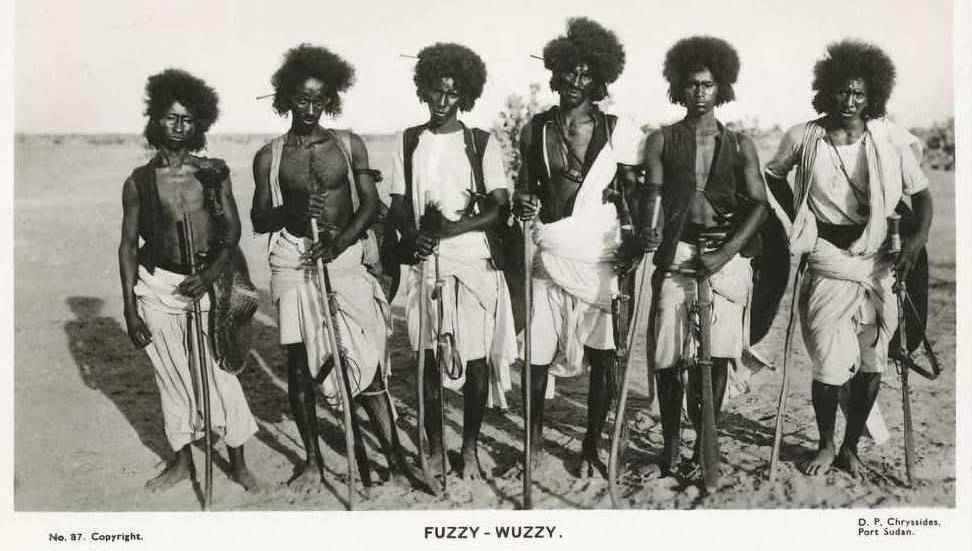 The Greek dramatist, Sophocles, described what Western Empire would be in his play, Oedipus Rex (c. 429 B. C.), in which Oedipus is metaphorically blind, because he can`t understand, which is why his name means` swollen foot`, that is, his supposedly healthy male mind is `lame`. Unbeknownst he kills his father and marries his mother, Jocasta, and then blinds himself when his society`s incest taboo is imposed and he experiences self-loathing. His daughter Antigone agrees to guide his footsteps afterwards, which is a neat exposition of what it means to ignore Jesus` teaching, `Love your neighbor as you love yourself.` Antigone is now a slave to Oedipus` blindness, which is what women are in the British and subsequent Empire of the West, the United States of America.

Although the First World War (1914-18) and the Second World War are attributable to German Imperialism, the main feature was Adolf Hitler`s National Socialist Party`s aim of exterminating the `chosen people` of the Bible, that is, Jesus` people, the Jews, whose tradition is that Jews can only be born from women, which effectively means that women are Jews. When the Al Qaeda terrorists hijacked planes and crashed them into the World Trade Centre of New York on September 11, 2001, it was an extension of the war against Jesus` teaching. According to the Christian Messiah, a Holy Spirit would teach after him. Although the Jews are the descendants of Isaac, the son of Abraham and Sara, the Moslems in Islam are the descendants of Abraham and Sara`s maid, Hajer, through their son, Ishmael. Consequently, the Koran (610-30 C. E.), dictated by the angels, according to tradition, to the Prophet Mohamed, accords with Jesus` promise that the Holy Spirit would teach further after his death. Because `world trade` is a euphemism for homosexuality in pederasty, Al Qaeda`s choice of the World Trade Centre is explicable as an attempt by men to strengthen the enslavement of women through warfare. Because Abraham`s wife, Sara, gave Hajer to him, traditionally Moslem marriages have more than one wife, and in fact four are accounted appropriate, which affords the basis for `futanarian` sexual reproduction between women.  Consequently, the war in the Gulf between Christians and Moslems is a war against Jesus` teaching `woman`s seed` as the basis for healing the lame brain of the human race so that it can see to run and escape from enslavement and death in homosexuality in pederasty`s wars against it.