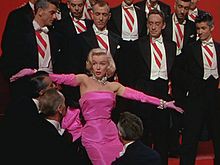 Although penetration is perceived as the sine qua non of the human sexual relationship, Jesus` birth from his mother, the Virgin Mary, without male semen, is more than a solution to the spreading of the HIV/AIDS virus. The human immuno-deficiency disease (HIV), and acquired immuno-deficiency syndrome (AIDS), is spread through men`s mixing of blood, shit and semen in each others` anuses in mockery and rejection of women`s host wombs for the sexual reproduction of human brainpower. In fact the HIV/AIDS virus kills the brain after there`s a progressive systemic organ collapse. In the Bible, Jesus` disciple, John, prophesied that God would send a `blood plague` (Rev: 11. 6) to convert men from their sinful nature: `Men cursed the God of heaven for their pain and their sores, but refused to repent of what they had done.` (Rev: 16. 11) Jesus` teaching was: `Love your neighbor as you love yourself.` (Mk: 12. 31) Unfortunately, homosexuality in pederasty benefited from the exhortation. Institutionalized host womb enslavement for homosexuality in pederasty for war was the basis of the Greek `model` for Western democracy, while the capital city of the East`s Persian Empire, Babylon (c. 4000 B.C.), is described in the Old Testament of the Bible, that is, the Torah and Talmud, which is the history and law of the Jewish `chosen people`, as having been originally `a woman`, because Babylon represents host womb slavery for parasitism: `Mystery, Babylon the great, mother of harlots and of the abominations of the Earth.` (Rev: 17. 5) In parasitology, the parasite that emerges from the host womb to devour the host is described as `parasitoid`: `The dragon was wroth with the woman and went to make war on the remnant of her seed.` (Rev: 12. 17) In the Old Testament of the Bible the serpent is depicted as the angel, Satan, transformed by God and placed in the paradise of heaven on Earth that was Eden where Eve, the first woman, and Adam, the first man, accepted the `fruit of the tree of the knowledge of good and evil`, that is, death, from the serpent, Satan, who said: `You shall be as gods.` (Gen: 3. 5) The dragon, grown since its days in Eden, represents what Eve and Adam exchanged for power, that is, immortality for death in war. Ephemerals don`t live long enough to develop permanent technology through brainpower to escape from parasitoid devouring, which is depicted in the Bible as the dragon of war.

Homosexuality in pederasty and its `biological weapon`, HIV/AIDS, is a symptom of the parasitoid, which keeps women in fearful faithfulness to her slaver. God told Eve her `seed` would have `enmity` with the `serpent`s seed`: `You shall crush the head of the serpent with your foot, but he will bruise your heel.` (Gen: 3. 15) The head of the serpent is Satanism in parasitism for war against the sexual reproduction of human brainpower, which seeks to prevent humanity from leaving the Earth to colonize the planets amongst the stars of heaven above, and that`s how the heel of Eve`s `seed` is bruised. Because human futanarian women can sexually reproduce with the species of women from their own `seed`, Jesus` birth from his mother, the Virgin Mary, in the New Testament of the Bible that contains his teaching as a Jewish rabbi, is depicted in Christian iconography as her `foot` crushing the head of the serpent, which is what God told Eve her `seed` would do. When Jesus was taken to the hill of Calvary, and nailed to a cross of wood, by representatives of the Roman Empire then occupying Jewish Palestine, he died but experienced Resurrection and Ascension to heaven in prefiguration of that of `woman`s seed`. Consequently, HIV/AIDS, the `incurable killer disease` of the late 20th century, is the parasitoid devourer`s biological weapon against `woman`s seed`, and although it isn`t `politically correct`, according to the Satanists` propaganda, homosexuality in pederasty for war through institutionalized host womb enslavement of the futanarian human species of `woman`s seed` is sterile and the enemy of freedom and democracy. Because women can sexually reproduce with each other as a futanarian race, whereas men can`t, women are denied the democratic majority through sexual repression of their species. 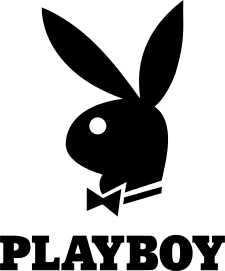 According to scientists life could have originated on Earth through a space borne virus, which suggests that the biblical narrative of Eve and the serpent is of how a viral form untold millennia ago inveigled itself into the host womb of the human futanarian species of `woman`s seed` to steal her penis and replicate itself to become her race`s alien parasitoid devourer, and what humanity now thinks of as men and women represent the outcome of the struggle between the indigenous futanarian human race and the alien, which is slowly extinguishing the `remnant`. In simpler terms, Adam was a futanarian woman, who sexually fertilized herself with her own penis in order to produce Eve, while the serpent represents the alien. Because penetration is the essence of the virus` nature, men`s cultural manifestations are all about penetration, rather than defence of the woman. Or, in other words, bullets are always stronger than shields, because penetration is deemed to be the objective from the male psyche`s point of view, whereas from the human futanarian species` perspective, shields are the objective. In simpler terms, human futanarian `woman`s seed` would likely produce a shielded civilization, culture and art, because humans don`t want to be devoured by the alien parasitoid, whereas the alien wants to ensure penetration of the human futanarian species` womb can continue to occur and so weakens her. Conventional warfare borrows its terminology from courtship, for example, `engagement in battle`, and `conventional marriage` are conceived as aspects of the `wooing` process. In war the thickness of the armor is determined by the penetrative bore of the artillery, that is, the armor has to be thin enough for the nuptials, because war is a metaphor for homosexuality in pederasty, which is an aspect of the parasitoid`s activity as a sterilizer of humanity. Consequently, war isn`t an activity of the human race but a concerted plot by the parasitoid alien devourer to ensure human extinction. That the thickness of the armor should allow penetration is a symptom of the disease, which is loosely definable as the desire of the alien parasitoid devourer to entertain itself by manufacturing the human futanarian species of `woman`s seed` as a `snuff`. 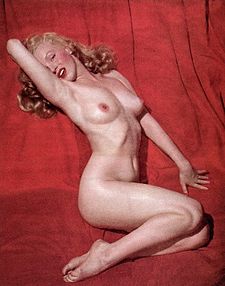 During the period of the Empire of Rome, amphitheaters were built for the people to watch killing as entertainment. Consequently, Jesus` era was characterized by the alien parasitoid devourer manufacturing men and women as asingle male brained creature wearing each others` clothes in `TV` transvestism for its entertainment. Although the `TV` machine wasn`t invented until 1926 by John Logie Baird, that`s what it was for. In Hollywood, Los Angeles, on the west coast of the United States of America, the movie industry began with director D. W. Griffith`s Old California (1910), which resulted in the building of movie theaters across the Earth for the spread of propaganda against `woman`s seed` , and is the reason for the industry`s being labelled `Babylon`, because the `Hays code` of Will Hays, President of the Motion Picture Producers and Distributors of America, in 1930 effectively introduced a measure that ensured the repression of `woman`s seed` into almost extinction: : `... women, in love scenes, at all times have `at least one foot on the floor` (in other words, no love scenes in bed).`1 The foot on the floor was of course a euphemism for the human futanarian species of `woman`s seed` which Satanism sought to keep as an ephemeral host in order to make of the race its `snuff` lest it run and escape from its alien parasitoid devouring through the sexual reproduction of its own brains` powers for liberation from Earth`s `death camp`. The symbol of Rome`s power was the fasces, which were a bundle of wood and an axe in the centre. During the 1930s, when the `Hays code` was established, the German National Socialist (Nazi) Party elected in 1933 began to build concentration camps topped with barbed wire in which 20, 000, 000 Jews were exterminated and incinerated. The Party borrowed its symbol, the fasces, from the Italian dictator, Benito Mussolini, elected in Rome in 1922. For the Romans the fasces represented the constructing of a hide from chopped wood with an axe behind which a planner would work to devise a new building on site; for example, an amphitheater. Consequently, the `death camp` of the Germans was a theater for the entertainment of the alien parasitoid devourer at home, whereas the war of 1939-45 was its theater away from home. 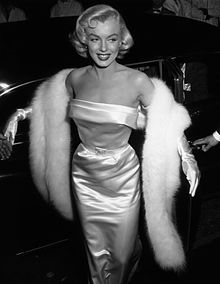 American movie theater was largely characterized by the figure of the female sex symbol; for example, Marilyn Monroe, who died in 1962 and was found naked. Marilyn was the star of such movies as Gentlemen Prefer Blondes (1953) featuring a scene in which she sang the song `Diamonds Are A Girl`s Best Friend` and the male dancers shot themselves in the head and collapsed on the stage floor: `The French are glad to die for love. They delight in fighting duels. But I prefer a man who lives and gives expensive jewels.`2 Bullets are an aspect of men`s brain killing parasitism, that is, to kill the spirit that would produce the brainpower of the human futanarian species of `woman`s seed`, men would have to be spirits. Elton John`s song about the death of Marilyn Monroe reflected upon the `snuff` theme: `Your candle burned out long before your legend ever did.`3 The putting out of a candle flame is called `snuffing`, which is where the illegal movie genre of `snuff` loosely originates. Although Marilyn was a `sex symbol`, she was a penisless woman, according to the nude Playboy magazine photographs in issue #1, December 1943. Consequently, she represented the brainlessness of the human futanarian species of `woman`s seed` in thrall to men`s parasitism which, based on penetration, is euphemistically celebrated by her male dancers shooting themselves in the head during her stage performance of `Diamonds Are A Girl`s Best Friend`, because `snuff` is what the Hollywood, Bablyon, entertainment media Empire fundamentally is, and the penislessness and brainlessness of the human futanarian species of `woman`s seed` is necessary to ensure the continuation of the `snuff film` genre as the basic staple fodder of the alien parasitoid devourer.

Upon Jesus` death, the Roman centurion, Longinus, cut open his side with a spear, saying: `Surely, this was the son of God.` (Matt: 27. 54) According to apocryphal Roman tradition, the Emperor, Julius Casear, was born from what modern medical practitioners subsequently called `caesarian section`, that is, the cutting open of the womb to afford the child egress during a too painful labor for the mother. All subsequent Emperors were named `caesar`, and were gods, like Julius Caesar. Consequently, for the Romans Jesus was a god, because he was the `Second Adam`, after Adam in Eden, from whose side Eve was depicted emerging. As Jesus had said that a Holy Spirit would teach after him, Longinus was birthing the `Second Eve` by `caesarian section` as a goddess. In Judaism, the `spirit of God` is female, the Shekinah, and in Islam she`s `tranquility`, that is, the Holy Spirit of the `Second Eve`, who is the teacher after Jesus, is the `spirit of God`, who Satanism wants to kill, so men of Hollywood, Babylon, in Marilyn Monroe`s `Diamonds Are A Girl`s Best Friend`, are depicted shooting themselves in the head with pistols to be born in the spiritual realm and continue their pogrom against `woman`s seed` there, because heaven on Earth is where she`s hidden, and Satanists don`t want her to escape from Earth so that she can live in heaven above. From a Hollywood, Babylon, perspective, it`s their secret `snuff film`, which the public know as `virtual reality` (VR), that is, `fear`, because it`s how they rule.