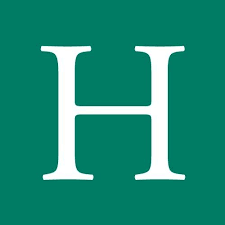 Jennifer Aniston is a Post Huffington woman in her `Jennifer`s Huffington Post` essay on `body fascism`, which is a term deriving from fasces, the symbol of Roman power during the period in which Jesus Christ was crucified by the Empire of Rome for teaching: `Love your neighbor as you love yourself.` (Mk: 12. 31) The fasces were a bundle of wood with an ax in the center and were used by the Italian dictator in Rome, Benito Mussolini, as his symbol after the election of 1922, although the German National Socialist (Nazi) Party leader, Adolf Hitler, more famously borrowed Mussolini`s symbol of the fasces when he became Germany`s dictator after the election of 1933. The Roman fasces was a symbol of planning. The Roman planner would chop wood with an axe to build a hide behind which the plan of an encampment or similar would be drawn. In Nazism the fasces became a symbol of the `concentration camp` behind which barbed wire the Jewish `chosen people` of the Bible were pogromed in what came to be called `death camps`. The term `body fascism` derives from the ideological perspective that women`s bodies aren`t fit to be seen if they aren`t perfection. In Belsen and other camps the Jews were stacked, like wood, before incineration, because the Germans didn`t see them as perfect. Consequently, the ax and the bundle of wood of the fasces of Rome as a symbol of fascism is applicable to Jennifer Aniston`s perception that she feels under too much pressure to conform bodily to expectations: `The objectification and scrutiny we put women through is absurd and disturbing. The way I am portrayed by the media is simply a reflection of how we see and portray women in general, measured against some warped standard of beauty.`1 The Jews were stacked as wood in piles before incineration beneath the fasces symbol of the ax and the bundle of wood because the German Nazis didn`t find them acceptable. 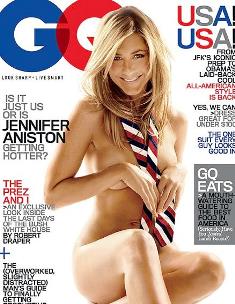 The notion of female perfection is biblical. Jesus was spied by his disciple, Judas, who was known for stealing from the collection plate after a sermon, having his foot anointed with expensive perfume by a woman. Judas said he though it better to sell the perfume to raise money, but was rebuffed by Jesus: `Leave her alone.` (Mk: 14. 6) Betraying Jesus to the Jewish religious police, the Pharisees, for `thirty pieces of silver`, as a `dissident` Jewish rabbi preaching against the power of Imperial Rome, Jesus was taken by the Romans then occupying Jewish Palestine to the hill of Calvary outside the city of Jerusalem, where he was nailed to a cross of wood and left to die. Having Resurrection and Ascension to heaven, Jesus prefigured humanity`s Redemption through `woman`s seed`, which God told Eve, the first woman, would have `enmity` with the `serpent`s seed` of Satan, the angel, who rejected God`s plan that the human host should be greater than the angelic and so was transformed by God into a serpent, and placed in the paradise of heaven on Earth that was Eden, for tempting Eve and Adam, the first man, to `eat of the fruit of the tree of the knowledge of good an evil`, that is, death, saying, `You shall be as gods.` (Gen: 3. 5) God told Eve Redemption would occur after Eve and Adam`s expulsion from Eden if Adam labored and Eve experienced labor pain: `You shall crush the head of the serpent with your foot but he will bruise your heel.` (Gen: 3. 15) Eve`s foot is `woman`s seed`, because human futanarian women have their own penis` semen for the sexual reproduction of their own brains` power for liberation, which is why Jesus` mother, the Virgin Mary, from whom Jesus was born uncontaminated by male semen, that is, free from fathers, is depicted in Christian iconography crushing the head of the serpent with her foot. Jesus represents the human futanarian `woman`s seed` that doesn`t look to men for permission, which is why Jesus, the son of a carpenter, was nailed to a cross of wood, after betrayal by the Jewish Pharisees, the fathers, because he preferred God to Joseph, that is, although Jesus was born of his mother, the Virgin Mary, the fathers wanted Jesus to bow to their authority, so killed him symbolically using the tools of Joseph, the carpenter, whose wife was Mary: `The sheer amount of resources being spent right now by press trying to simply uncover whether or not I am pregnant (for the bajillionth time ... but who’s counting) points to the perpetuation of this notion that women are somehow incomplete, unsuccessful, or unhappy if they’re not married with children.`2 Jennifer Aniston`s argument is a Christian one; women don`t need to be married in order to have children with each other: `At the resurrection people will neither marry nor be given in marriage; they will be like the angels in heaven.` (Matt: 22. 30) Joseph perceived Jesus as a slave, because Mary was owned by him, although Mary`s birthing of Jesus uncontaminated by male semen belies Joseph`s ownership, and reveals the truth, which is that women are dismembered in order to maintain slavery in fascism. 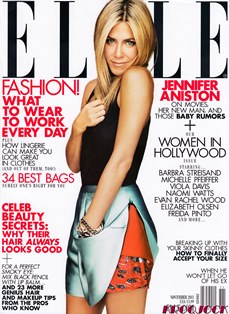 God offered Eve and Adam immortality through the `tree of life`, but Eve accepted death in ephemerality, that is, host womb slavery in parasitism, and so was expelled with the first man, Adam, who also accepted the power for wombs exchange suggested by the angel who was removed by God from heaven above, Satan. In parasitology, the parasite that emerges from the host to kill it is termed `parasitoid`, which is what men`s wars upon the Earth against `woman`s seed` represent: `And the dragon was wroth with the woman and went to make war upon the remnant of her seed.` (Rev: 12. 17) Consequently, this is the power Eve and Adam obtained in exchange for the host womb of the human futanarian species of `woman`s seed`. In Judaism a Jew can only be born from a woman, like Jesus from his mother, the Virgin Mary, so women are Jews, which was the human futanarian tradition of `woman`s seed`, chopped like wood to be burned in incinerators beneath the fasces Roman symbol of the axe and the bundle of wood in the camps. In other words, removal of the woman`s penis means the loss of human brains` power for liberation and slavery in fascism. From a Post Huffington perspective Jennifer Aniston doesn`t want to be an ephemeral slave, because Hollywood movie stars believe in immortality, which human brainpower can confer through medical science, although US men prefer spending $ 1 billion to maintain the operationality of their B1 `Spirit` bombers, which are effectively used to keep `woman`s seed` in ephemeral slavery: `Here’s where I come out on this topic: we are complete with or without a mate, with or without a child. We get to decide for ourselves what is beautiful when it comes to our bodies. That decision is ours and ours alone. Let’s make that decision for ourselves and for the young women in this world who look to us as examples. Let’s make that decision consciously, outside of the tabloid noise. We don’t need to be married or mothers to be complete. We get to determine our own `happily ever after` for ourselves.`3 Satanism presupposes innocence, that is, the metaphorical blindness of ignorant unconsciousness, which devolves naturally from the absence of `woman`s seed` and human brainpower, that is, men believe they`re defending women, and growing more children to defend women in war, whereas without `woman`s seed` there aren`t any human women or children. 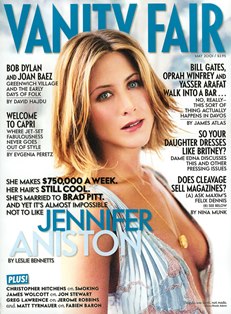 Penisless women are the `body fascism` perpetrated by Satanists to ensure ephemeral slavery for the human race, which Jennifer Aniston says she doesn`t want for herself and her species: `From years of experience, I’ve learned tabloid practices, however dangerous, will not change, at least not any time soon. What can change is our awareness and reaction to the toxic messages buried within these seemingly harmless stories served up as truth and shaping our ideas of who we are. We get to decide how much we buy into what’s being served up, and maybe some day the tabloids will be forced to see the world through a different, more humanized lens because consumers have just stopped buying the bullshit.`4 One toxic message is that women are kept in fearful faithfulness to monogamy`s ring slavery for host womb parasitism by the late 20th century`s `incurable killer disease`, HIV/AIDS, spread by men`s mixing of blood, shit and semen in each others` anuses in mockery of women`s human mode of sexual reproduction: `Men cursed the God of heaven for their pains and their sores but refused to repent of what they have done.` (Rev: 16. 11) From a misogynist point of view, HIV/AIDS prevents `woman`s seed` from escaping men`s ring slavery for devouring her in parasitoid war against her race and so is a biological terror weapon. In ancient Greece, held to be the model of Western democracy, enslavement of women`s host wombs in homosexuality and pederasty for warfare against `woman`s seed` was institutionalized. Consequently, Jennifer Aniston`s awareness of `body fascism` is an aspect of the war waged by misogyny against `woman`s seed`, because Satanism wants to define what is a woman`s physical beauty, whereas beauty from the perspective of the species of `woman`s seed` is defined by its own eyes for itself.